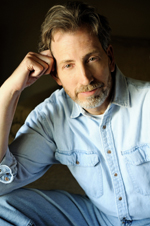 Gregory Gentry, Director of Choral Studies at the University of Colorado (Boulder) and the ‘Lynn Whitten Choral Faculty Fellow,’ administers the doctoral, masters and undergraduate choral conducting programs, as well as oversees eight choral ensembles, from madrigal to symphonic choirs to vocal jazz. Dr. Gentry has expanded the choral program to include the University of Colorado Anschutz Medical Campus (Aurora) where he oversees their medical campus choir and offers varied collaborative wellness workshops for conductors. Gentry’s book In Search of Inspiration: Interviews with Notable Choral Conductors (the title of which is an homage to In Quest of Answers: Interviews with American Choral Conductors, 1991), recently published by GIA, is available now.

With more than 12 years as a successful public school music teacher (3 years in elementary and 9 years at the high school level) and 23 years as a college educator, Gentry’s career as a conductor has allowed him to work in both professional and academic settings, preparing and performing great choral masterworks. From his 2009 Phoenix Symphony conducting debut to sold-out audiences with Stravinsky’s Symphony of Psalms, to his conducting the Arizona State University Symphony and combined choruses in William Walton’s Belshazzar’s Feast in 2011, to his conducting the University of Colorado Symphony and combined choruses in Boulder’s historic Macky Auditorium or the New England Symphonic Ensemble at New York’s Carnegie Hall, Dr. Gentry has shown his expertise and sincere versatility.

In New York, Dr. Gentry’s April 2018 Carnegie Hall engagement was a resounding success, conducting the world premiere of Reflections on a Mexican Garden by Colorado composer Kevin Padworski. While Gentry has prepared and conducted numerous regional premieres of works by John Adams, Osvaldo Golijov, Arvo Pärt, Gunther Schuller, and Eric Whitacre, other world premieres include conducting Distance Can’t Keep Us Two Apart (2012) by Chen Yi which was performed at the Western Division Conference of the American Choral Directors Association; Tito’s Say (2010) by Arizona composer James DeMars, with the ASU Symphony and the ASU Symphonic Chorale, where Dr. Gentry was honored by the Mexican Consulate at a reception at Tempe’s Gammage Auditorium.

Under Gentry’s leadership “the Phoenix Symphony Chorus has become one of the gems of Phoenix’s cultural scene.”
—Richard Nilsen, The Arizona Republic

In his capacity as Chorus Master with the Phoenix Symphony (2005–2012), Michael Christie, conductor, Dr. Gentry prepared the Phoenix Symphony Chorus in a wide range of performance repertoire, including Puccini’s Messa di Gloria (2012), the North American premiere of In Principio by Arvo Pärt (2011), the Arizona premieres of On the Transmigration of Souls (2009) and Nixon in China (2009) both by John Adams, the world premiere of Mark Grey’s Enemy Slayer: A Navajo Oratorio (2008, [Naxos 2009]) with an English/Navajo libretto by Laura Tohe, and the Arizona premiere of Golijov’s Ainadamar in collaboration with Dawn Upshaw and Kelley O’Connor (2008).

Dr. Gentry is pleased to be carrying on the legacy of great choral music at the University of Colorado, where Warner Imig conducted the first formal choral concert in 1938, and founded the ground-breaking Modern Choir in 1947.  Composer, arranger, choral conductor and educator (and early mentor to Gentry) George Lynn was then director of Modern Choir during the 1950s, before returning to Westminster Choir College.  In the late 1970s, Lynn Whitten set new standards in choral research and scholarship that continue with the University of Colorado’s graduate choral conducting programs today.

Gregory Gentry’s passion for conducting sophisticated contemporary choral music is rivaled by an exceptional affinity for prerevolutionary Russian choral music, particularly of the Russian Synodal School and its performance practice.  He is a proponent of the solo voice and emphasizes the use of vocal science as the foundation for his approach to artistic ensemble singing.  Dr. Gentry is past president of the Arizona state chapter of the American Choral Directors Association (ACDA, 2010-2012), during which time he introduced the electronic format for the state newsletter and the use of QR codes for performance programs. He also takes professional delight in having founded Southwest Liederkranz in 2006, an intimate symposium for select choral professionals, where Kirke Mechem, Morten Lauridsen, Jaakko Mäntyjärvi, Vance George, Dale Warland, Dennis Keene, Maria Guinand, Eph Ehly, Duain Wolfe, Joan Catoni Conlon, Joshua Habermann and Sharon Paul have, to date, been invited to share their knowledge, wisdom, inspirations, and sense of humor!